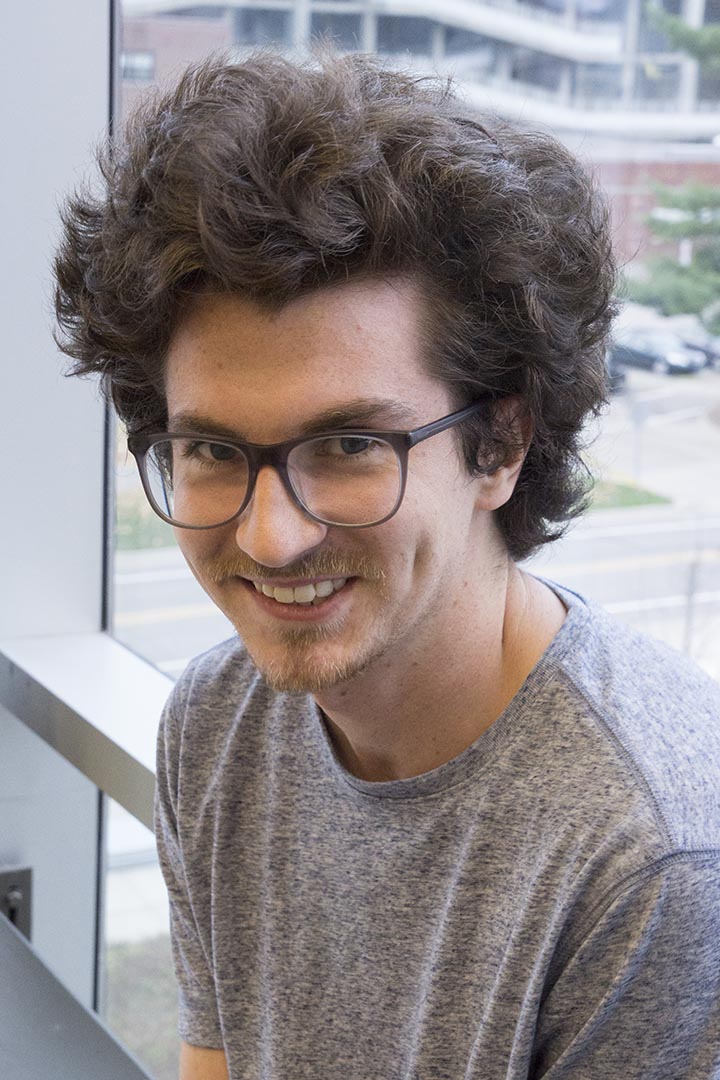 There is a simplicity bias when generalising from ambiguous data

How do phonological learners choose among generalizations of differing complexity?

How exactly do learners generalize in the face of ambiguous data? While there has been a substantial amount of research studying the biases that learners employ, there has been very little work on what sorts of biases are employed in the face of data that is ambiguous between phonological generalizations with different degrees of complexity. In this article, we present the results from three artificial language learning experiments that suggest that, at least for phonotactic sequence patterns, learners are able to keep track of multiple generalizations related to the same segmental co-occurrences; however, the generalizations they learn are only the simplest ones consistent with the data.

Modeling the learning of the Person Case Constraint

Adam Liter and Naomi Feldman show that the Person Case Constraint can be learned on the basis of significantly less data, if the constraint is represented in terms of feature bundles.

Many domains of linguistic research posit feature bundles as an explanation for various phenomena. Such hypotheses are often evaluated on their simplicity (or parsimony). We take a complementary approach. Specifically, we evaluate different hypotheses about the representation of person features in syntax on the basis of their implications for learning the Person Case Constraint (PCC). The PCC refers to a phenomenon where certain combinations of clitics (pronominal bound morphemes) are disallowed with ditransitive verbs. We compare a simple theory of the PCC, where person features are represented as atomic units, to a feature-based theory of the PCC, where person features are represented as feature bundles. We use Bayesian modeling to compare these theories, using data based on realistic proportions of clitic combinations from child-directed speech. We find that both theories can learn the target grammar given enough data, but that the feature-based theory requires significantly less data, suggesting that developmental trajectories could provide insight into syntactic representations in this domain.

An experimental study on the meaning and markedness of plural morphology.

Plural morphology exhibits differing interpretations across languages. For example, in downward entailing contexts in English, the plural receives a one or more (or inclusive) interpretation, whereas in Korean-like languages the plural always receives a more than one (or exclusive) interpretation, regardless of context. Previous experimental work using an artificial language suggests that such differences may follow from structural properties of these languages (Liter, Heffner & Schmitt 2017), namely lack of grammaticalization of the plural/singular distinction. In this paper we adopt Sauerland, Anderssen & Yatsushiro’s (2005) implicated presupposition analysis of the plural (the English plural is semantically unmarked, whereas the Korean plural is semantically marked, carrying a presupposition that the cardinality of its referent is greater than one) in order to test two hypotheses about the interpretation of the plural. Using an artificial language learning paradigm identical to that in Liter, Heffner & Schmitt (2017) with non-grammaticalized number but with a much greater frequency of singular/plural NPs in the input, we test (i) whether semantic markedness of the plural should be linked to the non-grammaticalization of the number paradigm; or (ii) whether semantic markedness follows from insufficient statistical evidence for simplifying the lexical entry for the plural. Our results show that participants continue to assign an exclusive interpretation to plural morphology under the scope of negation, which is compatible with the hypothesis that non-grammaticalized number entails semantic markedness.

The Interpretation of Plural Morphology and (Non-)Obligatory Number Marking: An Argument from Artificial Language Learning

An artificial language study on the meaning of plural morphology, and how this might be learned.

We present an artificial language experiment investigating (i) how speakers of languages such as English with two-way obligatory distinctions between singular and plural learn a system where singular and plural are only optionally marked, and (ii) how learners extend their knowledge of the plural morpheme when under the scope of negation without explicit training. Production and comprehension results suggest that speakers of English did learn a system with only optional marking of number. Additionally, subjects did not accept an inclusive (“one or more than one”) interpretation of the plural when under the scope of negation, as in their native language, but rather assigned it an exclusive (“more than one”) interpretation. The results are consistent with the hypothesis that the meaning assigned to plural morphology is sensitive to the architecture of the system. In a binary number system with obligatory number marking, plural morphology can sometimes receive an inclusive interpretation. However, in a system where plural marking is never obligatory, plural morphology has an exclusive interpretation. Learning the morphology of a language is more than just learning morphological forms and their distributions. It also entails learning how these forms partition the semantic space and how they are organized with respect to each other in different contexts. An interesting instance of morphological learning is the acquisition of number. Number systems differ cross-linguistically along a series of dimensions, beyond the simple surface distinctions in the numbers and types of morphological forms in play within a language (cf. Corbett, 2001). In some languages, number information is an obligatory feature of a noun phrase; in other languages, number is only optionally present; and in yet others, number information is obligatory in some types of noun phrases but not others. The interpretation of different morphemes also varies cross-linguistically. In some languages, plural morphology can be interpreted as meaning “one or more than one” (e.g., English); but, in other languages, the interpretation is always “more than one” (e.g., Korean). But how do these different interpretations arise? One possibility is that the interpretations of the different number morphemes within a linguistic system are simply the result of arbitrary pairings between meanings and forms. An alternative possibility is that their interpretations are a necessary consequence of the interaction between the learning system and properties of the input, such as the number of distinctions between number morphemes and the obligatoriness (or lack thereof) of number morphology. Unfortunately, it is difficult to distinguish between these two possibilities in a natural setting, since languages are never minimal pairs of one another. This makes it impossible to make proper comparisons without results becoming muddled by other differences that must also be learned and may interfere with number. In this article, our goal is to contribute to the debate of how learners decide the underlying meaning of particular pieces of number morphology. To that effect, we constructed an artificial language to examine how speakers of English, which obligatorily encodes number in the noun phrase, learn a language where number is only optionally marked on the noun phrase. We ask two questions. First, can speakers of a language that makes an obligatory distinction between singular and plural learn a system in which number is only optionally encoded without regularizing the system to something more like their native language? Second, if they can learn such a system, does the morphological partition of the new language shift how the plural morphology of the system is interpreted? Specifically, since English is a language in which the plural can sometimes be interpreted as meaning “one or more than one” (more on this below), will learners retain the possibility of this interpretation or not? We find that English speakers do learn a system with optional number marking and are able to treat number-neutral noun phrases as compatible with both plural and singular interpretations. Furthermore, the results are consistent with the hypothesis that learners do not treat the plural marker in this language as meaning “one or more than one”, as they do in some contexts in English, but rather interpret it as meaning “more than one”. Taken together, these results suggest that the differences in interpretation of the plural morphemes cross-linguistically may depend on properties of the available alternative in the input and/or the learning system and are therefore not just an arbitrary pairing of form and meaning. This article proceeds as follows. First, we describe some properties of English-like number systems and other types of number systems that served as models for the artificial language created. Next, we discuss different hypotheses and their predictions for our experiment. The next section presents the study and results, and the last section concludes with a general discussion.