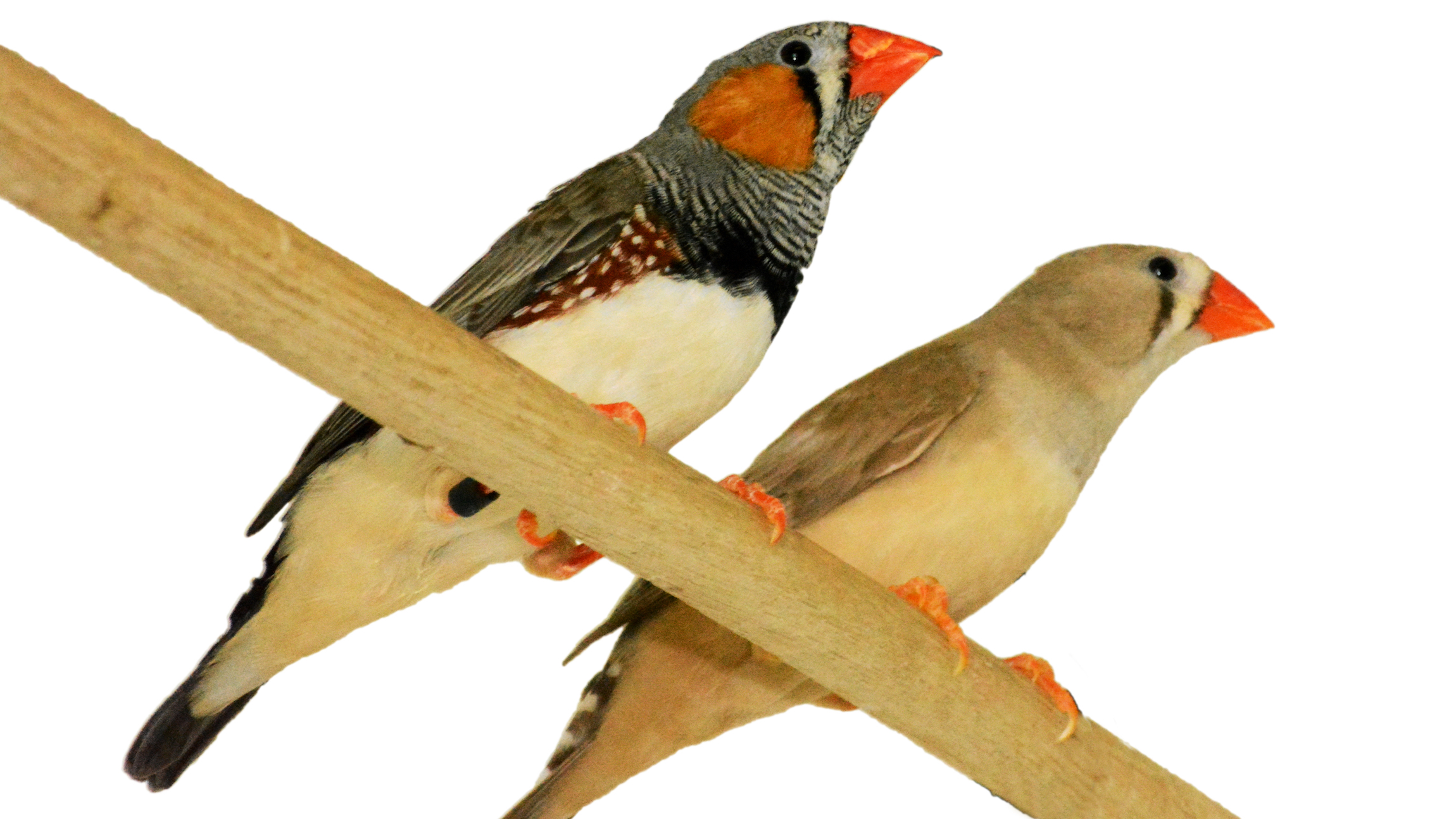 Special issue of journal asks what our babies can do that birds and chimps cannot.

Local communication for chimpanzees, our closest relatives on the evolutionary tree, consists of a few simple signals. By contrast, human language has many thousands of words that can be combined into an infinite number of sentences.

Broad University of Maryland expertise on the gap between these two—how human language developed from a limited set of vocal actions to the incredibly complex systems of meaning we use today—is strongly featured in a new special edition of the august British journal Philosophical Transactions of the Royal Society B.

The issue, “What Can Animal Communication Teach Us About Human Language?” includes contributions from five researchers in the colleges of Arts and Humanities (ARHU); Behavioral and Social Sciences (BSOS); and Computer, Mathematical, and Natural Sciences (CMNS); from disciplines including biology, psychology, neuroscience and linguistics.

One of the UMD authors, BSOS Dean Gregory F. Ball, said scholars from the various disciplines have been laying a foundation for new thinking and research on the topic both in the U.S. and globally, after a global surge of interest in the 1970s had abated.

“The campus combines people with expertise in both the production of signals in animal communication and the complex processes underlying this ability, along with people who have expertise in the processes governing how those signals are received,” he said. In all, UMD is contributing “ideas and new data leading to an understanding of how human language evolved.”

The journal issue was co-edited by biology Professor Gerald “Jerry” Wilkinson, the associate dean for faculty affairs in CMNS, William Idsardi, professor and chair of the Department of Linguistics; and Jonathan Fritz, a visiting scholar at New York University. The special issue first took shape at a conference organized by UMD’s Brain and Behavior Initiative in September 2017, and was published Monday.

The nature and origin of human language have been intensely debated for centuries. However, the special issue of Phil Trans B—the life sciences imprint of the oldest scientific journal in the English-speaking world—makes an original contribution through its emphasis on comparative methodologies. While authors across the journal disagree on such topics as the definition of vocal learning and what species possess it or how syntax evolved and whether any other species use it, they agree on the fundamental importance of an interdisciplinary approach to advancing our understanding around age-old questions of human language. The comparative approach introduces new perspectives to debates such as how we learn to speak, how the brain processes words and what component parts constitute language.

Both for the interdisciplinary group on campus and beyond, Idsardi said, “it’s been an attempt to have a meeting of the minds to determine what the differences between animal and human communication are. For the linguists, the point is to be clearer about what they thought was special about human language, and for the animal researchers, to try to show that animals have communications systems that are as expressive as language.”

In the article “Behaviour, Biology and Evolution of Vocal Learning in Bats,” Wilkinson and co-author Sonja Vernes of the Max Planck Institute for Psycholinguistics argue that researchers in previous debates about vocal learning have overlooked how bats’ biological makeup has significant neurological implications. Scientists previously focused on bats’ echolocation system, which does not involve vocal learning, to the detriment of more recently discovered learning abilities in bats to modify their vocalizations. Vernes and Wilkinson argue that the study of bats has a significant upside: The diversity of bats’ genetic makeup—they possess many variants of a gene implicated in human language evolution—renders them useful for studies of the neural circuity of vocal learning.

In another research article, Adam Fishbein, a doctoral candidate in UMD’s Program in Neuroscience and Cognitive Science, and co-authors Idsardi, Ball and Robert Dooling, professor emeritus in psychology, challenge the boundaries of existing animal models. Birdsong has long been a popular means for studying human speech production, since birds produce songs according to sequential rules like humans do in speech. Many experiments with birdsong involve testing these sequential rules, with experiments that involve, for example, switching the order of sounds in a sequence. However, the researchers found that zebra finches, and perhaps most birds, are more sensitive to the acoustic properties of individual song elements than to the sequential properties. Fishbein and his colleagues argue that birdsong might be an altogether different form of communication than human language. The implications could disrupt many studies that use bird models.

Other articles in the special issue suggest fundamental similarities between animal communication and human language. One provides evidence that human and animal brains share an ancient, conserved brainstem circuitry that provides a general platform for vocal production. Another examines the shared genetic underpinnings of humans and songbirds—not only with regard to genes related to vocal communication but also those that influence social cognition and intelligence. Still others ponder difficult issues related to intentionality and cognition—for example, the problem of assessing whether non-human primates who exhibit nominally similar communication behaviors as humans actually intend to communicate the same thing.

"You can identify common features, from syntax to various ways in which the brain is configured to combine elements ... and there are undoubtedly shared features that go back in time to our common ancestors,” Wilkinson said. “That's sort of what the issue's all about."