Museum of language and literacy opens in DC 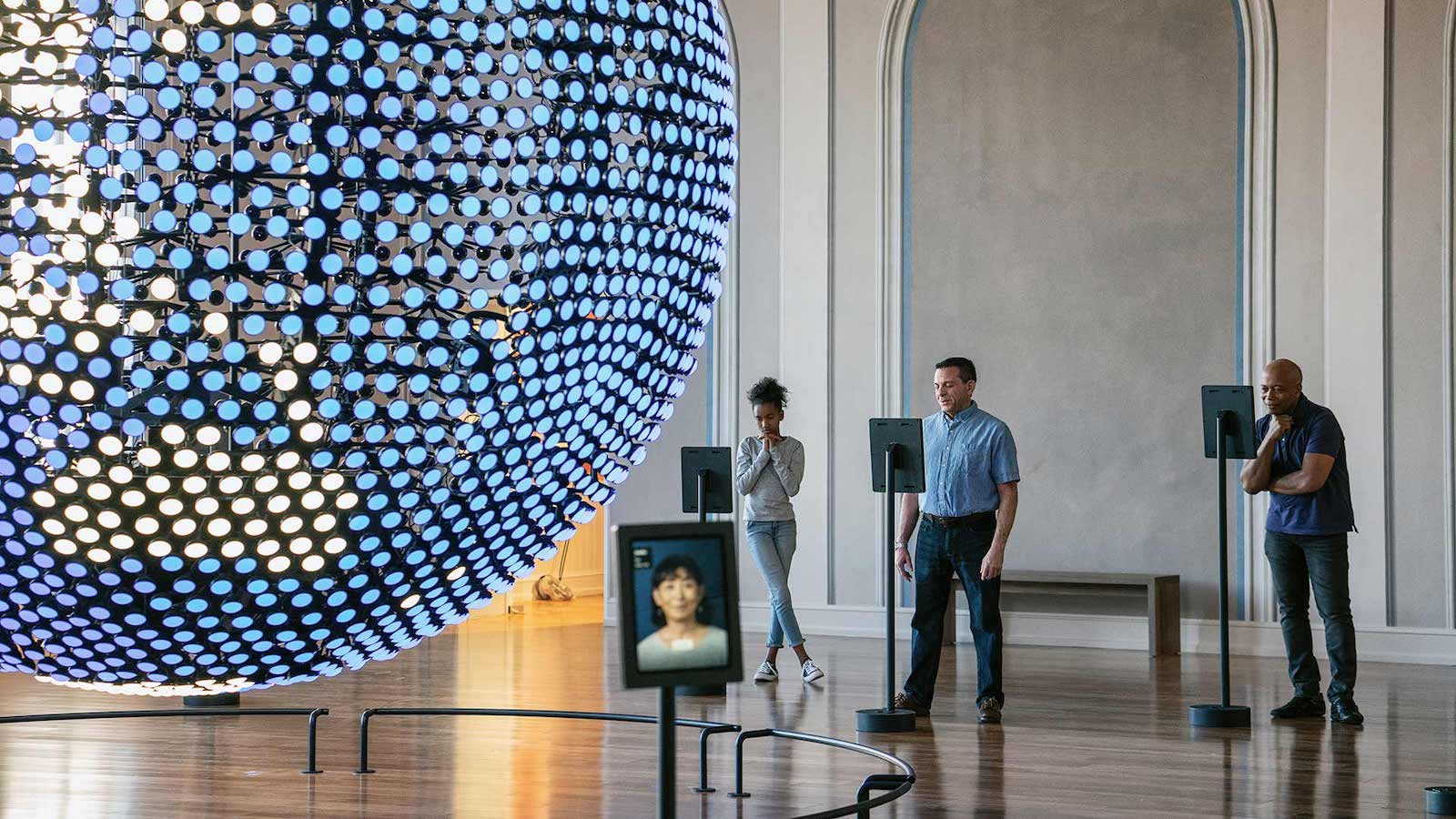 This article belongs in a museum.

Well, maybe not literally—but according to a new addition to the Washington, D.C. cultural scene helped by UMD faculty, the words and sentences that make up our written and spoken communications certainly deserve more attention.

That’s the goal of Planet Word, a museum that opened last week in the historic Franklin School. Using everything from voice-activated word walls to karaoke that highlights how artists put together pop song lyrics, Planet Word aims to show the depth, breadth and fun of human language.

It’s the passion project of Ann Friedman, a former teacher who helped fund the restoration and reimagining of the stately 1869 brick building. She first thought of a “word museum” seven years ago after reading about and visiting the National Museum of Mathematics in New York (her husband, Thomas Friedman, is a columnist for the New York Times). While Friedman is personally and professionally familiar with words, her search for academic expertise on language took her to UMD.

One of her first calls was to Colin Phillips, professor of linguistics and director of the Maryland Language Science Center (LSC), who helped brainstorm the scope of things that intersect with language, from engineering and sociology to art and psychology.

“It seemed too good to be true,” Phillips said, “but then it seemed more and more real.”

Along with Phillips, Associate Professor of English Linda Coleman and Rochelle Newman, professor and chair of the Department of Hearing and Speech Sciences, are on the museum’s advisory board, and Shevaun Lewis, LSC assistant director, and Charlotte Vaughn, LSC visiting research scientist, also assisted on the concept. Friedman said consultations with UMD were “instrumental” in bringing her vision to reality.

“That expanded the idea of what the museum could be like,” she said. “Words are everywhere. They are in every subject and connected to everything we do.”

Planet Word aims to give an immersive experience in each of the former school’s preserved interior rooms on how language connects with life: a sculpted willow tree murmurs in hundreds of languages; a room blossoms with color, sound and movement when you “paint” it with words; a teleprompter gives you the chance to deliver a history-altering speech. The goal isn’t to lecture on how words should be used, but rather to show language’s many creative applications.

“Often we take language for granted,” Phillips said. “We want people to appreciate the amazing abilities they have.”

The museum could also provide fertile new ground for research, said hearing and speech sciences Professor Jan Edwards, who is part of a team working on proposals to use Planet Word as a site to explore how children and adults from different language backgrounds use words and sentences. Museums are fantastic places for academics to access a diverse participant pool, she said.

“It’s great for the researcher because we get a lot of people who might not come to the university to take part in a research study,” Edwards said. “And it’s great for the participants who can see science in action.”