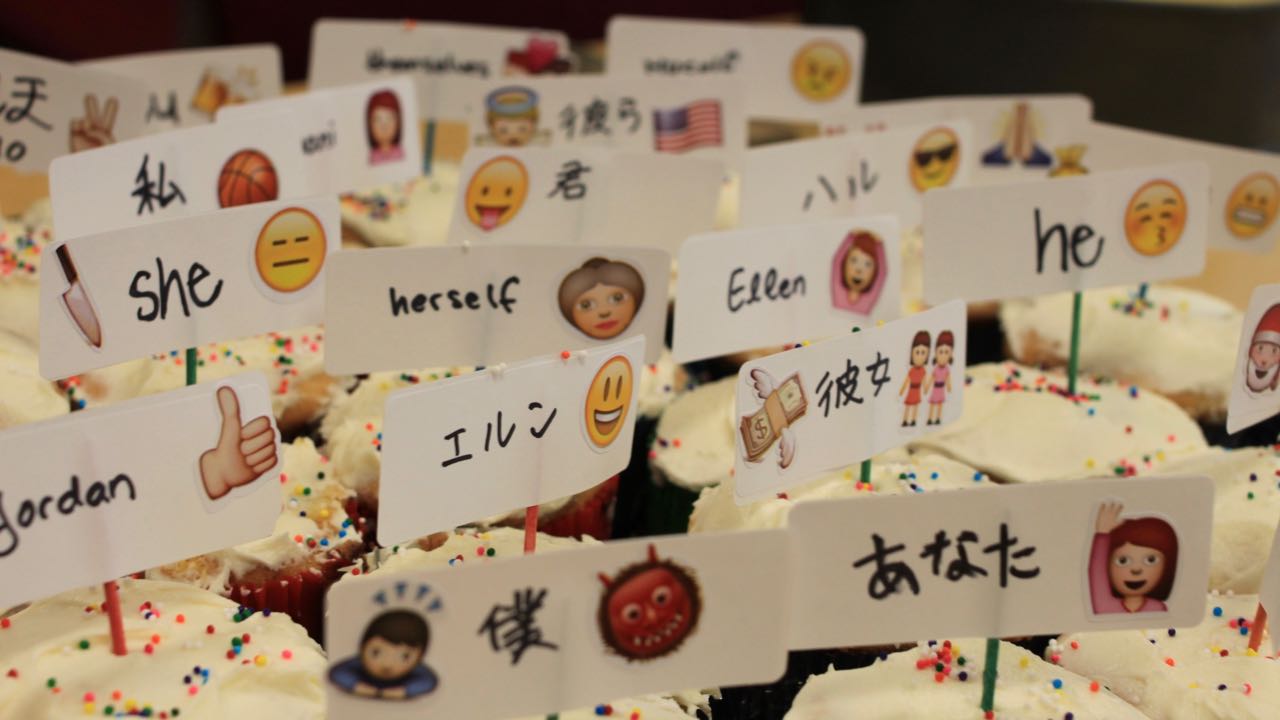 This year has been good for our alumni, with several new appointments and promotions.

Congratulations to several of our new graduates and alumni!

Chia-Hsuan Liao *20 begins in 2021 as Assistant Professor of Experimental Linguistics at National Tsing Hua University (t͡sʰiŋ hwa), Taiwan, within its Institute of Linguistics. After finishing her PhD thesis on The Computation of Verb-Argument Relations in Online Sentence Processing, supervised by Ellen Lau, Chia-Hsuan will join another Maryland alum in the Institute's faculty, Ying-chu (Josephine) Su *01, who while at Maryland wrote a dissertation on "Scope and Specificity in Child Language: A Cross-Linguistic Study on English and Chinese."

Phoebe Gaston *20, with her dissertation on The Role of Syntactic Prediction in Auditory Word Recognition in the bank, starts a postdoc in August 2020 at the Cognitive Neuroscience of Communication-Connecticut training program, working with Jim Magnuson, from the Department of Psychological Sciences, and Emily Myers, from the Department of Speech Language and Hearing Sciences. Phoebe's co-advisors were Ellen Lau and Colin Phillips.

Maxime Papillon *20 heads north to Quebec for a postdoctoral position in Linguistics at Concordia University with Charles Reiss. Max wrote a dissertation that explored Precedence Relation Oriented Phonology, under the tutelage of Bill Idsardi.

Laurel Perkins *19 is to be Assistant Professor of Linguistics at UCLA, joining 2010 alum Tim Hunter, himself recently promoted to Associate Professor, in handling the department's computational linguistics curriculum, in tandem with her work in language acquisition. In 2019 Laurel gave us a dissertation on How Grammars Grow: Argument Structure and the Acquisition of Non-Basic Syntax, supervised by Jeff Lidz. Between graduating and securing the UCLA job, Laurel became a post-doctoral fellow with Anne Christophe at the Laboratoire de Sciences Cognitives et Psycholinguistique in the Ecole normale supérieure in Paris.

Laurel's dissertation builds in part on prior work within Jeff and Alexander's Third Man Project, whose crew included collaborators Angela Xiaxue He *15 and Alexis Wellwood *14, both of whom earned new positions in the Spring of 2020.

Angela was newly hired as Assistant Professor at Hong Kong Baptist University in the Department of English. She begins this tenure track job after her year as Research Assistant Professor in the Brain and Mind Institute at the Chinese University of Hong Kong, which followed postdocs at USC with Alexis, and at Boston University with Sudha Arunachalam, and a dissertation on Verb Learning under Guidance, supervised by Jeffrey Lidz.

Meanwhile Alexis was promoted to Associate Professor of Philosophy with tenure at USC. Alexis started with us as a Baggett Fellow in 2008, mentored by Valentine Hacquard, then continued with Valentine as her advisor, plus Paul Pietroski, Alexander Williams, Jeffrey Lidz, and Colin Phillips as what Alexis calls "unofficial mentors," and a Language Science Fellowship that encouraged an independent study and coursework in the Philosophy Department. She got her PhD in 2014 with a dissertation on Measuring Predicates, then spent two years as Assistant Professor of Linguistics at Northwestern, before taking her office in University Park, Los Angeles in 2017.

In the same class as Angela, 2015's Naho Orita is now Associate Professor at Waseda University, Tokyo, in its Center for English Language Education in Science and Engineering. Naho wrote her dissertation on Computational Modeling of the Role of Discourse Information in Language Production and Acquisition, with Naomi Feldman as her advisor. Most recently Naho was a couple miles to the east, at Tokyo University of Science.

Wing-Yee Chow *13 was promoted to Associate Professor in Experimental Linguistics at University College London. Wing-Yee has been at UCL since 2014, following a one year research postdoc at the Basque Center on Cognition, Brain and Language, and five years at UMD that led to her dissertation on The temporal dimension of linguistic prediction, supervised by Colin Phillips.

And remarkably, three of our alumni were recentnly promoted or newly hired up in Canada's largest city, in what now might be called the University of Terpronto.

Wing-Yee's 2013 classmate Dave Kush will be Assistant Professor of Psycholinguistics in Toronto's Centre for French and Linguistics at its Scarborough campus, with a 49% joint appointment in Linguistics at the main (St. George) campus in Old Toronto. While at Maryland, Kush had advisors Colin Phillips, Jeffrey Lidz, and unofficially Norbert Hornstein, and wrote a dissertation, Respecting Relations, showing that we make rapid and faithful use of c-command and locality constraints in our online interpretation of bound pronouns and reflexives, but suggesting that memory is probed in terms of nonrelational features that only mimic c-command relations. After graduating, he was first a postdoctoral researcher at Haskins Laboratories in New Haven, CT, with Julie A. Van Dyke, and then moved to the Norges teknisk-naturvitenskapelige universitet in Trondheim, where he has held a tenured position since 2016, alongside 2012 alum Terje Lohndal.

Also from the illustrious Class of 2013, Ewan Dunbar returns to his BS/MA alma mater, U. Toronto, now as Assistant Professor of Computational Linguistics in the Department of French. At Maryland, Ewan wrote a dissertation on Statistical Knowledge and Learning in Phonology, supervised by Bill Idsardi. He then held a postdoctoral position at the Laboratory of Cognitive Science and Psycholinguistics within the École normale supérieure in Paris from 2013 to 2017, at which point he became Assistant Professor in Linguistics at Université Paris Diderot (Paris 7).

And finally, Philip Monahan, from the Class of 2009, was promoted Associate Professor in Terpronto's Department of Linguistics, with a joint appointment in the Centre for French and Linguistics at the University of Toronto at Scarborough. While at Maryland, Phil wrote a dissertation with Bill Idsardi and David Poeppel showing by means of MEG that "even at the earliest (non-invasive) recordable stages of auditory cortical processing, we find evidence that cortex is calculating abstract representations from the acoustic signal."

2020 has been difficult for everyone. But we are proud of our alumni's wonderful achievements.