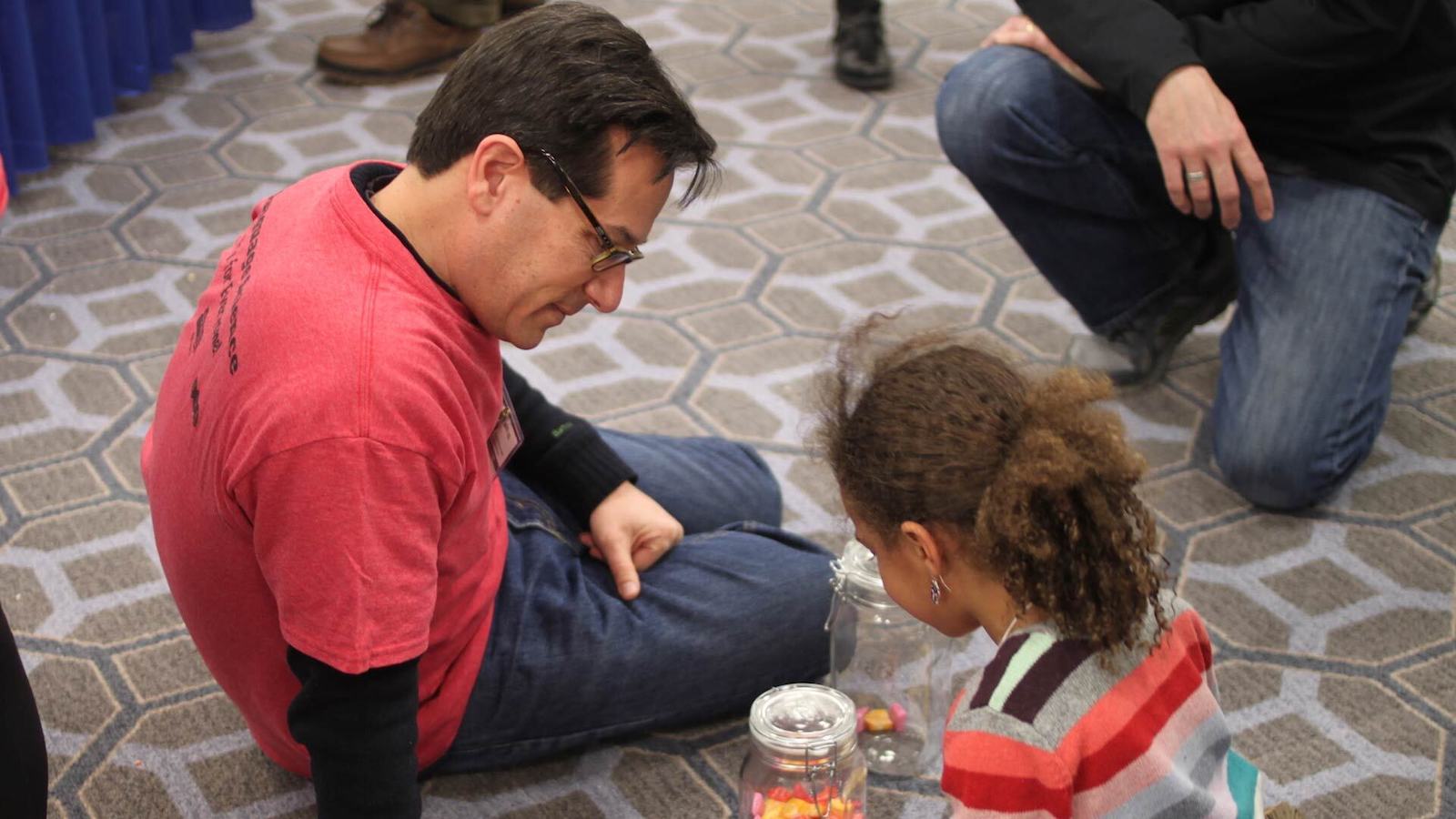 Anyone who’s ever tried having a conversation with a 1-year-old knows it can feel like very little is getting through. But according to linguistics Professor Jeffrey Lidz, there’s plenty going on behind the adorable babble and occasional slobbering.

For the past two decades, Lidz has focused on behind-the-scenes action in the youngest human minds, seeking to discern how and when infants begin to understand things like sentence structure or the difference between a noun and a verb.

Lidz co-authored—with Laurel Perkins Ph.D ’19, now an assistant professor at UCLA—a groundbreaking study published last month in Proceedings of the National Academy of Sciences showing that syntax, or the arrangement of words and phrases to create well-formed sentences, actively develops during the second year of life. According to the researchers, 18-month-olds have developed syntax capacities on par with adults.

We recently spoke with Lidz, who is also the director of the University of Maryland Project on Children's Language Learning and one of the founders of the Infant and Child Studies Consortium, about his latest discovery and what it’s like to conduct research into the mysteries of baby talk.

When did you begin researching language in kids?
In the last year of my Ph.D., I took a course on language acquisition, which I thought was really cool. I had some questions about how that research worked, and I managed to get a postdoc at the University of Pennsylvania in 1997. So, I started researching syntax and semantics in 3- and 4-year-olds, and the thing I kept finding was that for almost every phenomenon I looked at, children had a really sophisticated knowledge of their language—even though they didn’t speak super fluently. So, the question that was driving me was: How did they get there? Language is a really, really complicated mental construct. It almost seems like an impossible task to figure out how children acquire all that knowledge.

You’ve been at the forefront of making discoveries about syntactic abilities in young children. How does your recent paper fit into the trajectory of your research?
Before the early 2000s, nobody was really studying the syntax of children between 1 and 2 because they thought there wasn’t anything to study because kids that age don’t talk much. But sometimes what kids say is a reflection of what they know, and sometimes what they say is much less than what they know because it’s hard to coordinate a long expression. By 18 months, kids understand that sentences are hierarchically structured, even though you can’t see that in their productions. We found that kids know about grammatical categories like the difference between nouns and verbs, between 16 and 18 months. This most recent paper is about a central feature of language structure, which is the ability to create dependency between words in a sentence that are far away from each other. Discovering that kids can do those computations by the time they’re 18 months is new and exciting.

How do you manage to get babies to cooperate for research studies?
It’s fun—and it’s a challenge. We try and make the lab environment an interesting place to be, and we spend a fair amount of time at the beginning of a study playing with toys, making the children feel comfortable and getting them accustomed to the environment so that when we want to take them into the room to do the study, they’re happy to go with us and interested to see what’s there. We want to make the lab feel like a mix between a dentist’s office and a preschool. In the dentist’s office everything works the way it’s supposed to work and you feel like you’re in the hands of total professionals. But we also want it to be a place that’s fun, where the kid feels happy and so do the parents. If the kids are not feeling comfortable and safe, the experiments are just not gonna work.

Are there things parents can do to help their own kids’ language development?
When my kids were little, we would play with them and figure out ways to probe what they understood. I think playing with your kids linguistically is a fun thing to do, like by seeing how they react when something is ungrammatical. You’ll learn a lot about how sophisticated their knowledge is. But I don’t think parents need to worry, generally, about language development. Children are aggressive learners, and they’re motivated to learn language because they're trying to be understood and they’re trying to understand the world around them.

Photo: Linguistics Professor Jeff Lidz talks about adjectives with an aspiring child scientist at Family Science Days at the American Association for the Advancement of Science annual meeting in 2016. Photo courtesy of Maryland Language Science Center