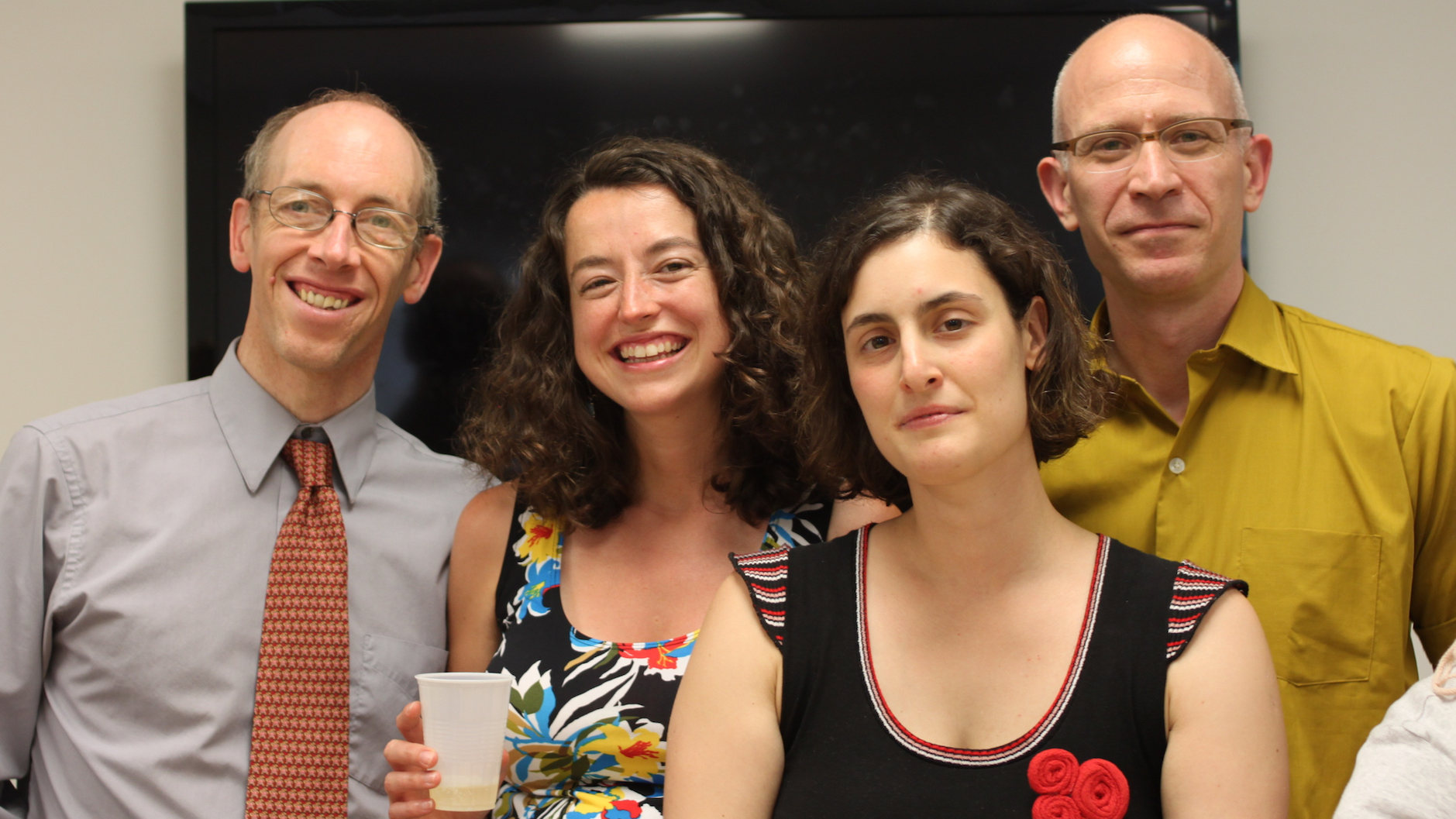 In the article Sol discusses her recent work on native speakers of Spanish or English who are fluent in German. Do we see influences of their native language in online comprehension? Sol asks specifically about processing of possessive pronouns, where German, like English, makes a distinction in gender (her/his) that Spanish does not (su/su). Does native language matter to detecting the likely error in the German version of "Ms Schmidt is kissing his mother"? Sol finds that the answer is Yes: native speakers of English were on average better at recognizing the error than were native speakers of Spanish, though in the latter group there was an advantage for second-language fluency in English.

Sol's research builds on work that she began at Maryland, advised by Colin Phillips and Ellen Lau. In her dissertation on Memory and Prediction in Cross-Linguistic Sentence Processing, she concluded that in the case of subject-verb agreement, "differences in morphological richness across languages impact prediction processes while leaving retrieval processes fairly preserved." But in comparing German speakers to English speakers in the comprehension of pronominal reference, her experiments found that "only speakers of German show evidence of semantic reactivation of a pronoun's antecedent[, ... suggesting] that retrieval of semantic information is dependent on syntactic gender, and demonstrat[ing] that German and English speakers retrieve qualitatively different antecedent representations from memory."