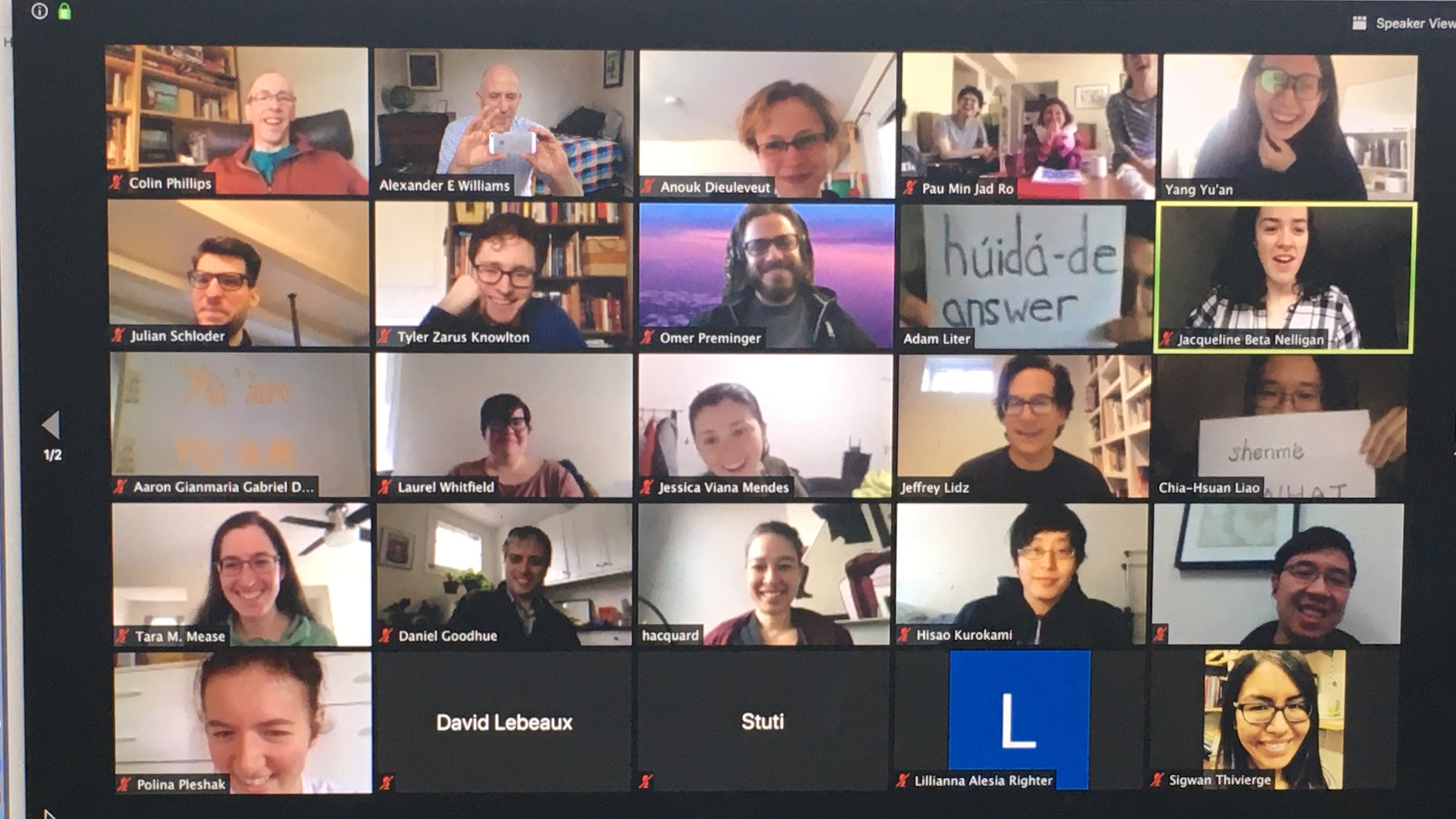 Five minutes on learning to Identify questions in early speech to children.

Yu'an Yang's presentation on "Learning to identify questions in early speech to children" has been selected as one of eight presentations at this year's Five-Minute Linguist event, at the Annual Meeting of the Linguistic Society of America, which will be held in D.C., January 2022.

In the '5ML' competition, "each participant will be given five minutes for a presentation that will receive constructive, friendly feedback from a panel of judges. The result will be a combination of a live audience vote and the consensus of the judges," who this year are Lane Green, Nicole Holliday, Arika Okrent, Ben Zimmer and Gretchen McCullogh. Our own Colin Phillips is among the volunteer "coaches".

Yu'an's paper reports joint work with Dan Goodhue, Valentine Hacquard and Jeff Lidz, a team that has been working on when and how children understand correlations between basic speech act categories and their formal reflexes in syntax. The abstract is below.

Are you asking me or telling me? Learning to identify questions in early speech to children

Imagine having to figure out what “DIboQnISʼaʼ” means when you don’t speak Klingon and hear the sentence out of the blue. Do you think it's an assertion or a question? How could you tell? Now imagine you hear it in a specific context: You are the captain of the Enterprise, and a Klingon warrior walks up to you and says this sentence. Suppose also that after they say it, they stop speaking, and look at you. Clearly they are waiting for your reply. Perhaps now you might guess that they are asking you a question. Babies find themselves in a situation not completely unlike this. They have to figure out what counts as questions in their language as well. Because their grammar is still developing, they can’t rely on knowing the clause types of their language (that is, Is the Klingon sentence an interrogative Should we help them? or a declarative We should help them.). Luckily, infants don’t hear sentences out of the blue. So what kinds of cues are available to infants?

We turned to videos of English-speaking parents’ interaction with their infants between 11-18 months, and carefully examined the social conversational cues associated with speech acts like questions and assertions. We found that when directing their infants’ attention to new objects, parents were more likely to produce questions than assertions. And when asking a question, parents paused longer afterwards and looked longer at the infant than when uttering assertions, presumably to elicit a response and facilitate conversational turn-taking. Taken together, these social conversational cues reveal that parents — probably without even knowing it — are providing their children with important information to help them learn the difference between questions and assertions. In turn, this information about speech acts can provide a foothold for the discovery of the basic clause types in their language early, before they have acquired much of their grammar.